YOU- Body Mind Spirit Series #4: Are you a Believer? 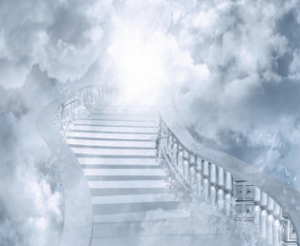 You’re probably asking, “A believer of what?”  And that’s a good question.

I was listening to a podcast on NPR called Where We Live. The guest was Joel Lohr, president of Hartford International University for Religion and Peace– quite a mouthful! They recently changed their name to reflect their mandate as a multicultural, multi religious institution of learning and sharing.

I mention this because I want to talk about religion today. So when I ask, are you a believer, you may say yes, or no perhaps because you’re uncertain.

Often, when I ask people if they’re religious, they’ll say, “Oh, I’m not religious, but I’m spiritual.” And this falls right in line with our topic of discussion here.

We are body, mind and spirit. We have a spiritual center, which in many cases does revolve around a religious tradition. It doesn’t have to. And very often it doesn’t.

Unfortunately, today there’s so much angst in religious circles or between religions that sometimes it’s a difficult thing to discern the spiritual essence of the faith.

I’m going to use a little analogy in a minute to work us through this idea, but first I want to read to you what caught my ear–this statement that the president of this university said:

“There’ll be no peace in the world until there’s peace among religions. 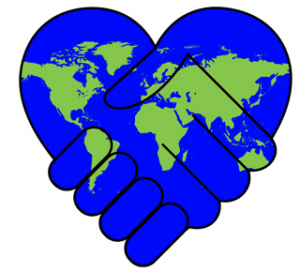 So that’s the issue here. It’s about communication all the time. It’s always about connection and communication. Everything is about that.

The question we should be asking is not “what is life about?” Rather, it’s “How are we communicating with each other and within ourselves?”

So, that’s why I’m talking about religion. I’ll just talk from my own example:

I was born and raised Catholic. I went to public school but went to religious studies on Wednesdays (it was called “released time”)

Lucky for me, i lived in a neighborhood with people who worked at the United Nations building in New York City so I got to meet people from all over the world; from China, Japan, India, South America, Ireland, everywhere. It was wonderful! My very first date was with a Chinese boy. We went to the movies. I think we saw a Fred Astaire movie. Now I’m really dating myself right?

I learned, at a very young age that there are many cultures and religions, and they are all beautiful. Under our skins, we are all people trying to do the best we can, loving our families, going about our business, shopping at the local supermarket, living our lives, enduring our struggles. I was so fortunate to have that understanding at a very young age. I think that’s probably why I became an interfaith minister and ended up marrying a Jew.

Religion for me was just a means of expressing my spirituality. Catholicism itself didn’t do it for me. But certain principles in the religion did. The beauty of Jesus’ message was certainly right and true for me. But there were beautiful things about Judaism that I loved. There were beautiful things about Buddhism and Hinduism that I absolutely loved. So, all those teachings were really wonderful inspiration for my imagination and my creativity. They allowed my spirit to soar!

Alright, so now imagine yourself as a tree. (Bear with me!) The roots are your body. This is the home of what Freud would call the id, or the source of our instinctual drives. It’s fight or flight here. Not a lot of deep thinking goes on. 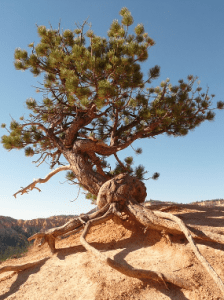 The trunk is your mind. That’s where all learning, beliefs and experiences live, and the leaves are the transition from mind to spirit. This is where many of us stop our growth.

Our full potential is only reached in the fruit, (be it nut, cone, flower, etc) which Is your spirit. That’s the apex of your growth if you’ve had abundant sun and water (nurturing experiences) to come to your fullest expression.

Ultimately, if we continue to expand our understanding, compassion and acceptance of all the other trees in the forest of Life, we will be in that spiritual state known as Heaven or Nirvana. That’s how I look at it.

Let’s continue our analogy. So how does being a tree relate to religion? If your religious convictions come from your root (body), that’s where problems develop. Because bodies are different, they’re separate they’re fragile. So we have all of those differences that create stresses and tensions between the beliefs. And then people get hard-nosed. “This is the one true way and nothing else is true and your stuff is not true.” This tree has been stunted in its growth.

We’ve seen plenty of that going on, yes?

Now when we get to the mind or the trunkof the tree, we start to question. We start to open up. We start to look at other people in other traditions and maybe entertain that they’re not all crazy or stupid, or they don’t know what they’re talking about or they’re wrong. But maybe there’s something there that I can agree with, that I can connect to. But if we stop there, the mind can and often will still rationalize its own beliefs as truer than any other. So, still, there are problems, and our tree doesn’t flourish.

Hopefully, we progress in our growth up the trunk and get more and more aware of our interconnection. And this is the point of our growth–.to see that even though I’m Jewish and you’re Muslim or I’m Catholic and you’re Buddhist, it doesn’t matter because I can find similarities in our beliefs.

If you’re looking for them you will find them. But you have to be looking for them. That’s the thing. If you don’t want to see them, they’re not going to be there. You’ll find everything that you can complain about or find fault with or disagree with, because that’s where you’re coming from.

It’s always about the state of our mind. That determines what we choose to believe. This is a major principle in A Course in Miracles, my spiritual path. It says that nothing in this world is good or bad “but thinking makes it so.”

In other words, how I decide to view a person or situation will determine how I judge it because that’s my thought which becomes my belief and I’m going to act accordingly.

So this is what we want as we let our tree grow toward and reach fruition in the sun (peace, joy and even enlightenment) — our spiritual nature!

How many of us will actually get there? It takes determination and a willingness. And in today’s world we don’t really put a lot of attention on these things.

This is the reason why I’m talking about this topic. I understand how important it is for us to stop in the busyness of our days and find stillness in some form—there are many but my favorite is simply sitting, breathing and watching my thoughts.

Then, as president Lohr suggested, we can find ourselves going out into our communities to mix and mingle with people from other traditions and faiths and develop friendships.

And in the conversations that we have, we begin to see the beauty of different traditions and enjoy rather than judge the differences.

Religion is not a bad thing or a good thing. It’s whatever you choose it to be. If you’re coming from your roots, it may keep you separated from the opportunity to grow in calm and understanding, leaving you in a constant state of stress.

Whereas if you let your thoughts rise up your trunk to eventually reach the ultimate goal of limitless peace….well, that’s where I’m heading!